The Chicago Bulls championship ambitions are built around two core pillars. One is the manic defensive scheme of Tom Thibodeau. Thibs’ Bulls fly around with a unique combination of commitment and ferocity that makes college coaches jealous. They stick to the iron struck rules outlined by Thibodeau, but almost as importantly Bring Da Ruckus every single possession, every single night, no matter the opponent.

The second reason is Derrick Rose. Chicago’s native son brought the savagery of Thibodeau’s scheme to the offensive side of the ball, relentlessly invading the paint and planting his flag at the rim. He was THE offense for the Bulls, with the rest of the core group providing support when needed. The Bulls built their championship ambitions on Rose’s otherworldly ability to attack with reckless abandon time and time again.

That ability may never return.

The Derrick Rose the world came to know and love may never come back. He may never be able to play 82 games, let alone 60 games, without breaking down. Rose’s injury did not just hurt those who play fantasy basketball, he just might have closed the Bulls championship window.

So what do the Bulls do next?

Option A- Re-Up For Another Run

The Bulls let Luol Deng and his $14 million salary walk after the year, knowing Jimmy Butler is more than ready to take over at the 3. This would put them right around the salary cap, which means with some maneuvering they could get enough under the cap to offer some veteran Guard the mid-level exception. Options would include Vince Carter, Ray Allen, or former Bull Ben Gordon. Option A leads to this lineup:

Not a terrible team, but it suffers from the same mortal flaw the current iteration suffers- it needs Derrick Rose to be a superstar for this lineup to go anywhere.

Option B- Rebuild While Staying Competitive

The Bulls have the assets and player salaries to trade some veterans for young pieces and depth. The East is so weak this year that they can rebuild and still realistically make some noise in the playoffs.

Trade Luol Deng to the Cleveland Cavaliers for Anderson Varejao and Dion Waiters.

In Waiters, they get a playmaking combo guard who has the tools to be the center of attention while Rose is out, while taking some pressure off Rose when he returns. Varejao is a nice backup who can be swung elsewhere. Option B leads to this lineup:

This is a team that will compete defensively and dominate the glass, but ultimately has a ceiling that does not end in a Championship unless D-Rose is 2011 MVP Derrick Rose.

Option C- Blow it Up

If the Bulls are going to go down this road, it means accepting that they will not make the playoffs this season. This is tough pill to swallow for a notoriously cheap owner who went over the tax this season with the expectation of making some extra shekels from playoffs ticket sales. Regardless, it is a necessary step back to take 2 steps forward.

The first step is trading the players who will not be a part of the next championship contending Bulls basketball team. This list includes Taj Gibson, Carlos Boozer and Luol Deng.

The Pistons get great pieces for a playoff run, as well as players who fit better in their overall scheme. They can now shift Josh Smith to Power Forward, start Deng at the 3, and either start Hinrich at the 2 or bring his shooting off the bench. This Pistons team would be a defensive menace and a strong contender to be the third best team in the East. 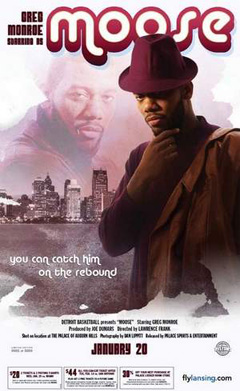 The Moose comes to CHI-town

As for the Bulls, they get Gibson’s salary off of their books and acquire a great rebuilding piece in Monroe, who the Bulls will likely resign to something around a 4 year, 50 million dollar deal.

Next is getting rid of Boozer’s salary, which is a problem. The Bulls at this point would be happy to dump him on a team for expiring contracts, but unfortunately most of the teams who have those kind of contracts (Utah, Boston, Charlotte) are not looking to take on an aging Power Forward. The only way to get rid of Boozer is to take on an equally poisonous contract (such as Gerald Wallace in Boston), which would be counterproductive at this point. So the only option is biting the bullet and amnestying Boozer.

This weakens the 2013-14 Bulls, and when you throw in the inevitable Noah injury suddenly the Bulls might be inching towards a top 10 pick. On top of that, they have the Bobcats top 10 protected first rounder in 2014 as well, potentially giving the Bulls two lottery picks in the most loaded draft since LeBron and co. took over the league.

Option C leaves the Bulls with a tanking team in THE year to tank, as well as at least $10 million in cap space for a free agent class that will include some intriguing options in that price range, such as Paul Pierce, Evan Turner, Shawn Marion, Danny Granger, and Pau Gasol.

Option C leads to this lineup:

The Bulls championship window is closing, and it is time to stop propping it open with doorstops like Nate Robinson, Rip Hamilton and Dunleavy. It is time to get out the wrecking ball and open a new championship window, one that does not demand so much of Derrick Rose and has players who can and will take a chunk of the scoring load.

2 thoughts on “The D-Rose Dilemma”